DISCOVER A WORLD OF MAGICAL CREATURES THAT WILL TAKE YOUR BREATH AWAY. 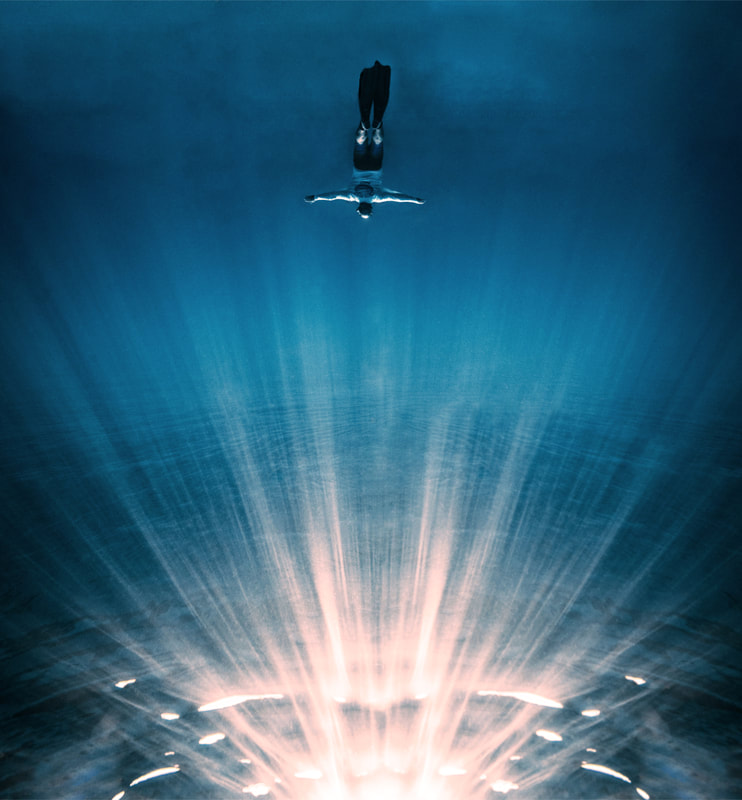 The first time I saw a shark my heart was pounding, this huge creature I had been taught to fear came straight toward me. I looked the shark directly in the eye as the shark looked back into mine. Two different species connecting, mutual curiosity. A brief moment in time. In that brief moment I felt truly alive,
more alive than I had ever felt before.

When I was a young boy I used to dream about dinosaurs. OK, if I am honest sometimes as an adult to! Those huge magnificent beasts of ages past. Like all of us, I could only imagine with childish glee at what it would feel like to be in the company of a living one. To feel the sheer awesome presence of such a large and ancient creature as it slowly rumbled passed me vibrating the very ground beneath my feet. My heart pumping so fast it felt like it will explode from my chest, every bone in my body rattling as my ears and surroundings are filled with the thunderous echoing roar of prehistoric dominance and evolutional purity. My feet frozen to the spot, unable to move through fear and amazement. The hairs on the back of my neck and arms standing to attention while adrenalin coursed through my veins. Standing next to this thing of awe, knowing that it could end my life at any moment with a modicum off effort. Swallow me whole or even worse, sit on me and make me a human pancake. One casual swipe of its tail or giant chomp of its jaws and it would be sayonara for me. ROOOOOARRRRRRR!!! Such famous Hollywood films only bought the vision closer to me but sadly not close enough. This has only but fueled my desire for large creatures. I think it is fair to say, I am a megafauna kind of guy.
When I first started scuba diving, I would not have been able to comprehend the effect that this chosen ‘sport’ would have on me in the future. I was oblivious to the fact that it would bring me to a truly life altering and enlightening realisation.
A realisation that I don’t need to visit museums or watch Hollywood special effects bonanza’s to experience the presence of such creatures. The answer has been here my entire life. All I needed to do was look toward the alluring blue blanket that covers 71% of this little Earth. Yes, our friend the ocean. A huge blue life giving blanket of wondrous magic and mystery that keeps billions of us alive every day.
Here, today on this very earth are living dinosaurs. Creatures relatively unchanged for over 400million years. Huge creatures that would rumble the very ground under your feet if they walked past you.
​But they don't... because they swim.

and they are far more intelligent than we think.

​If a 100 year old whale could talk to us, I wonder what it would say? 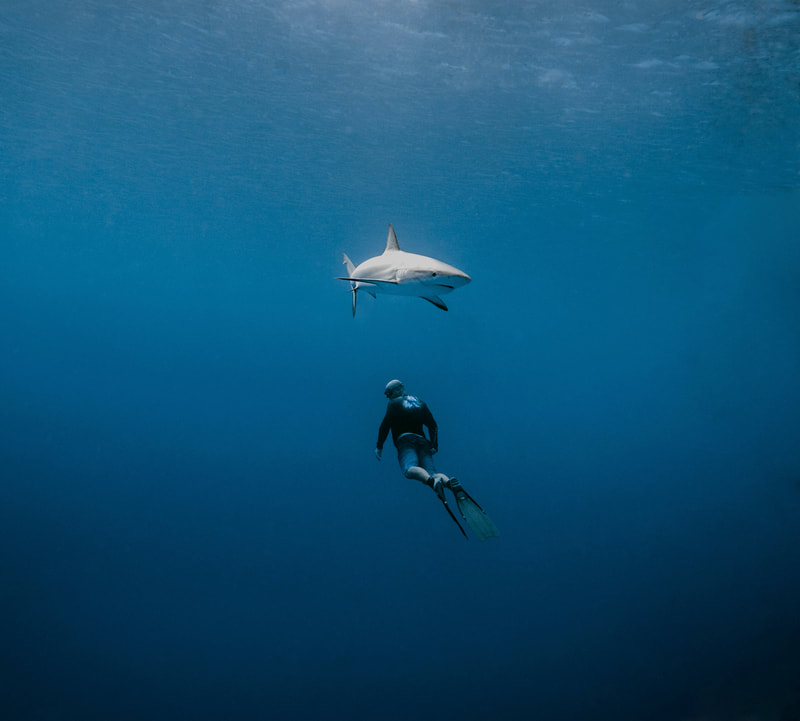 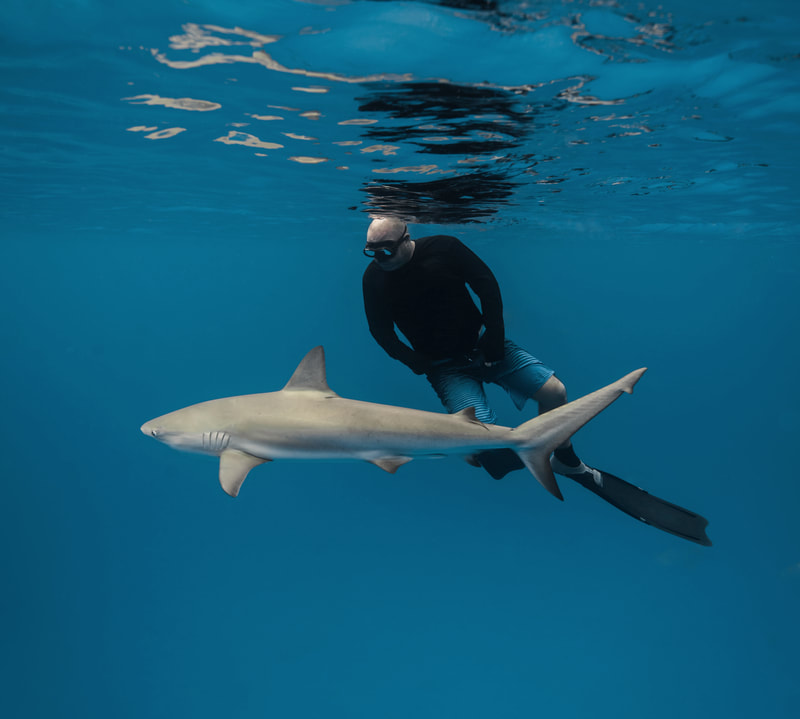 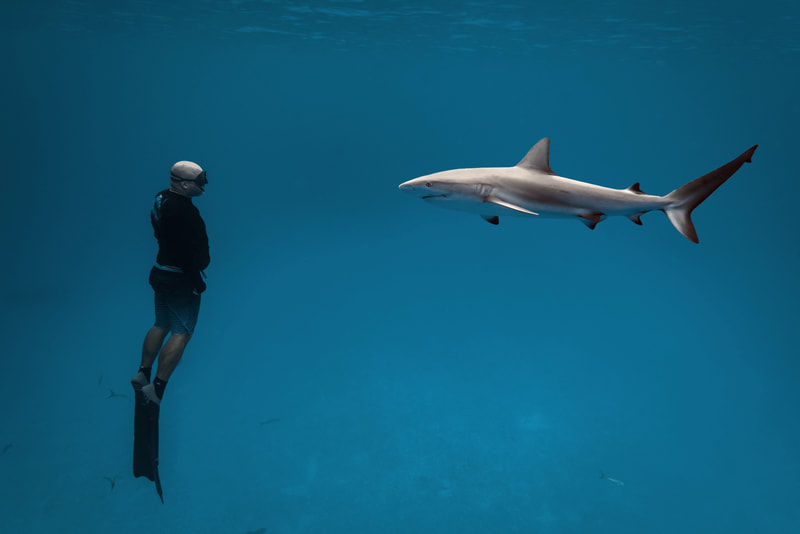 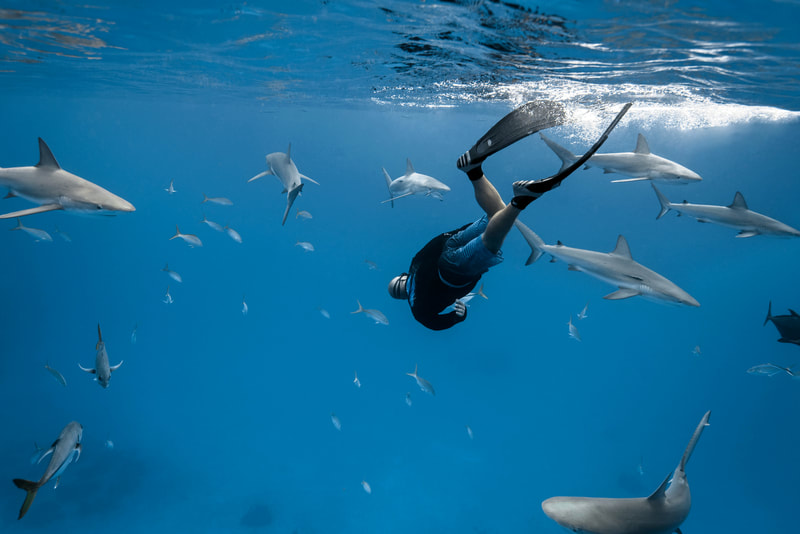 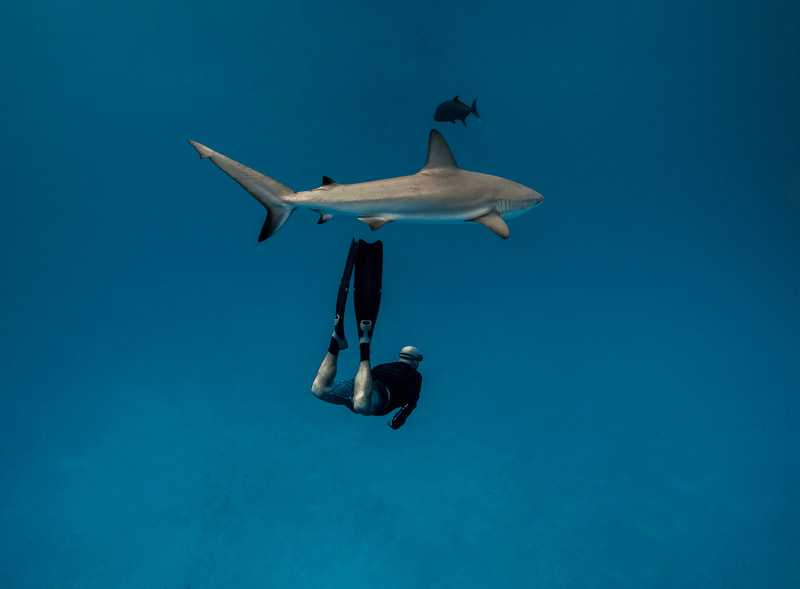 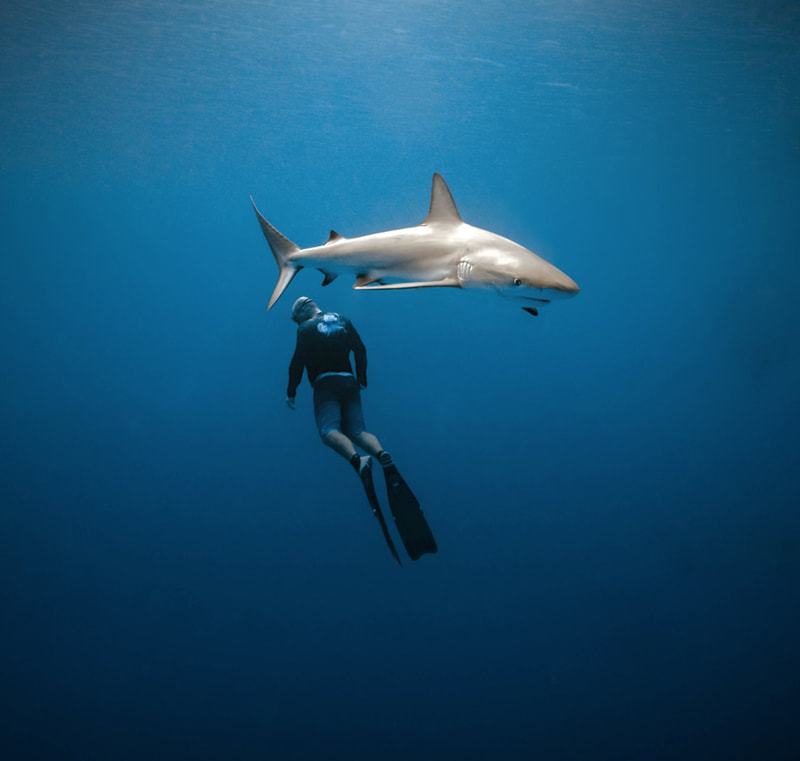 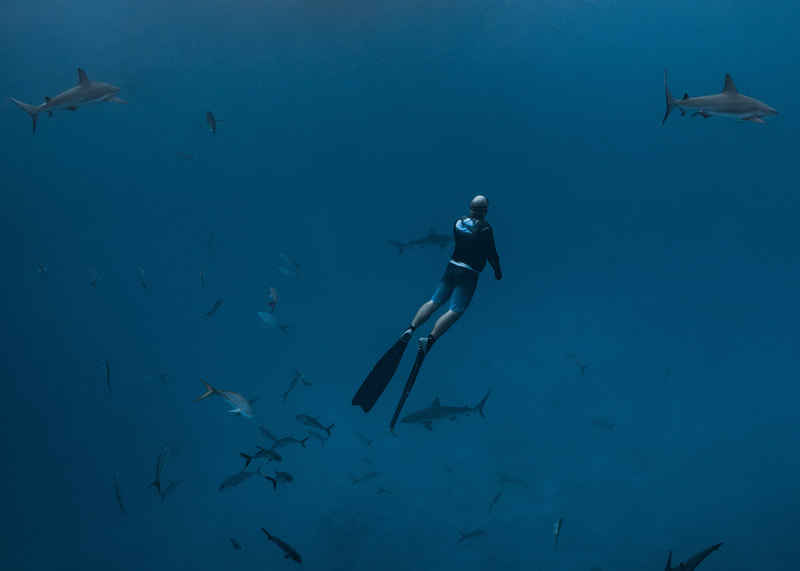 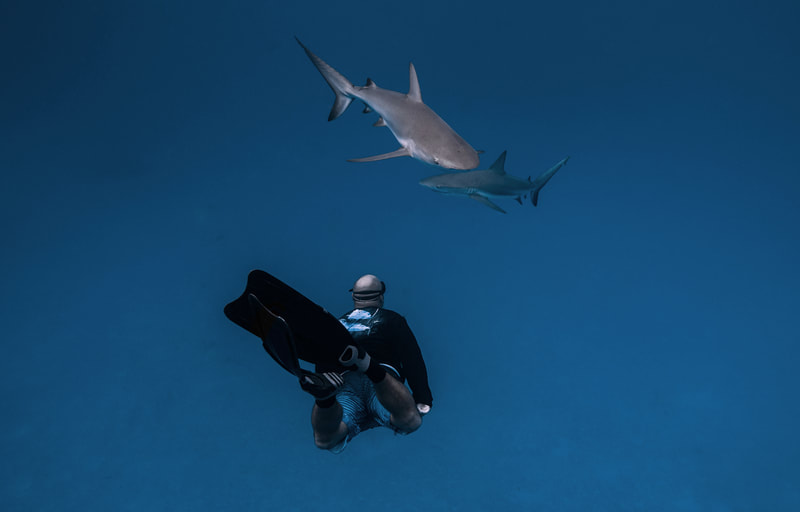 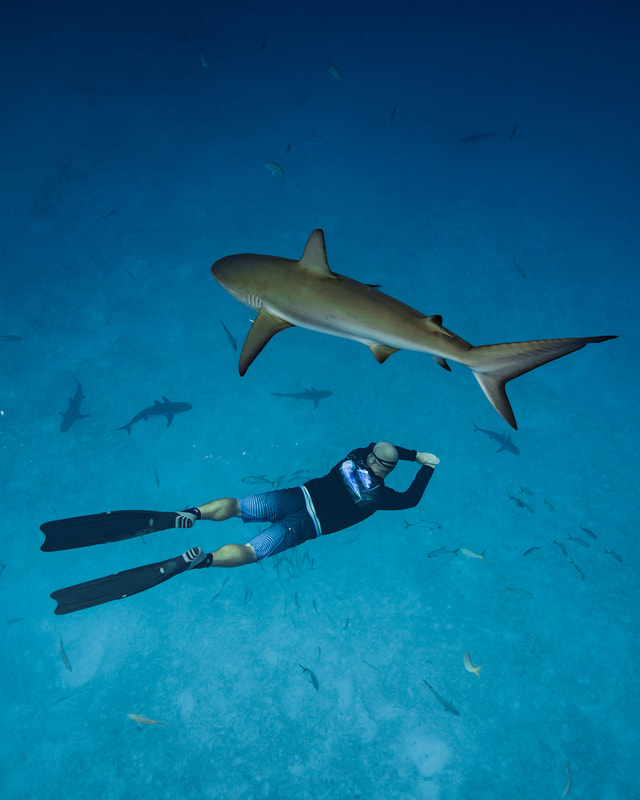 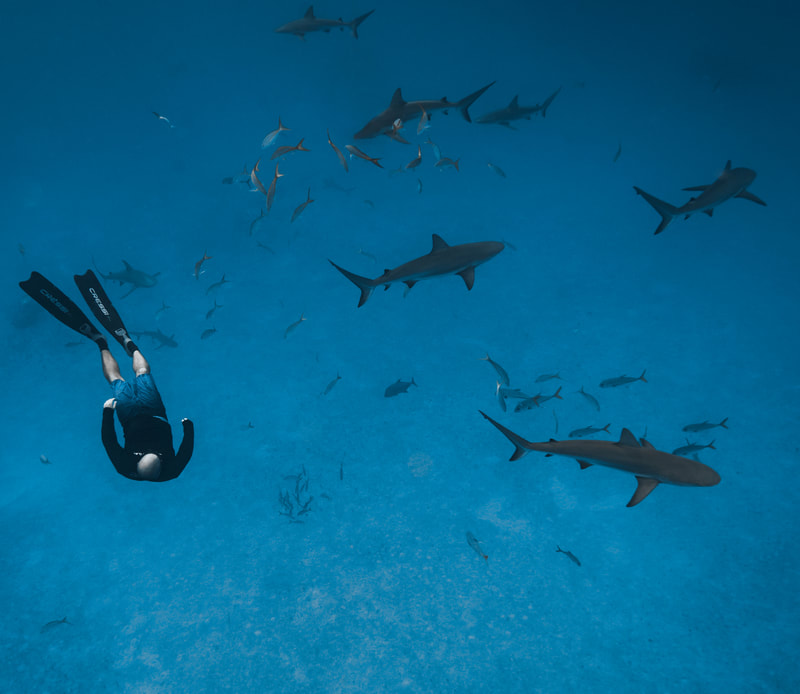 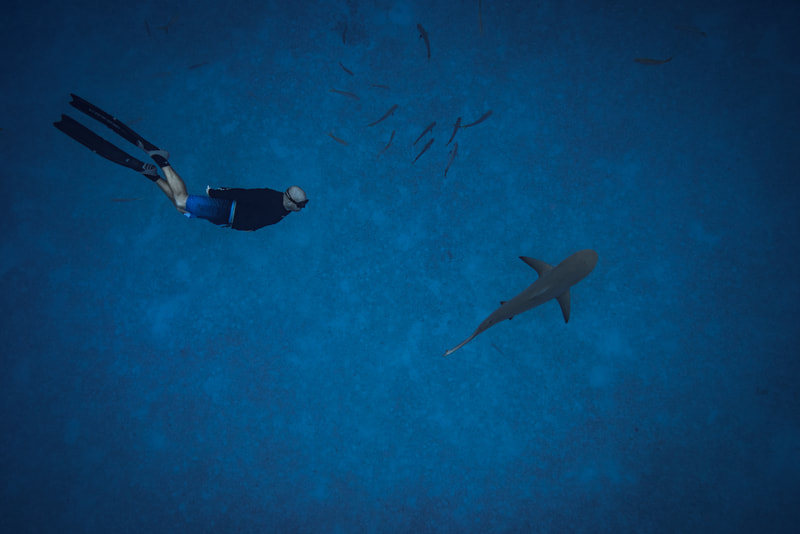 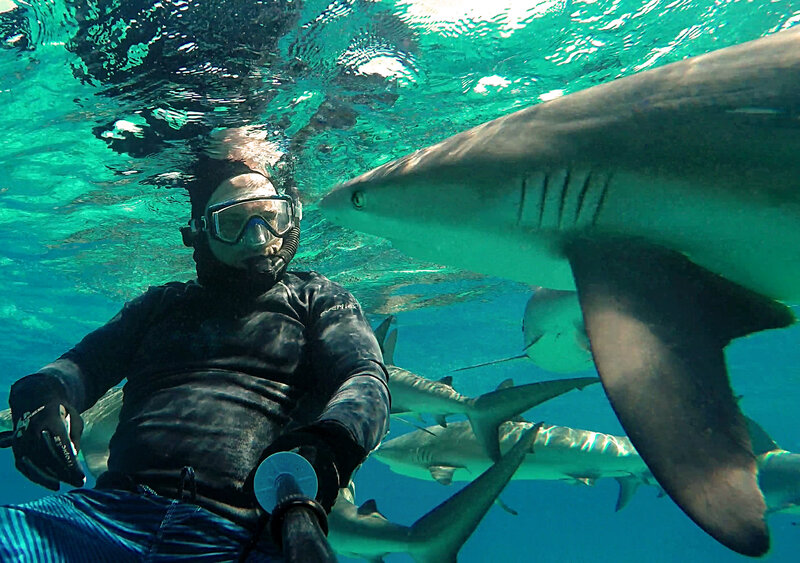 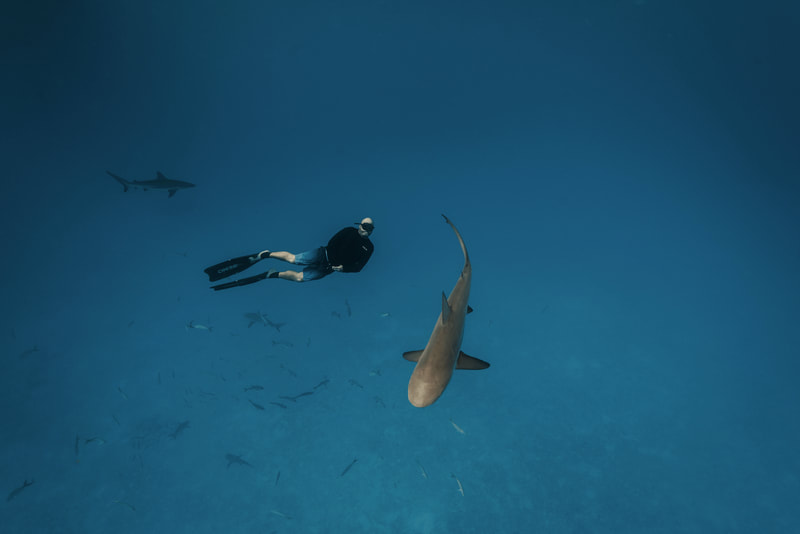 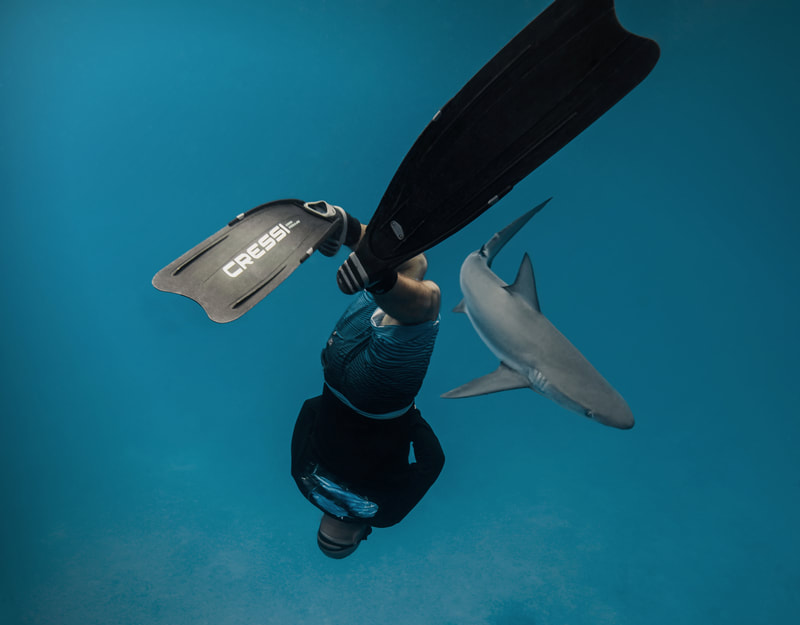 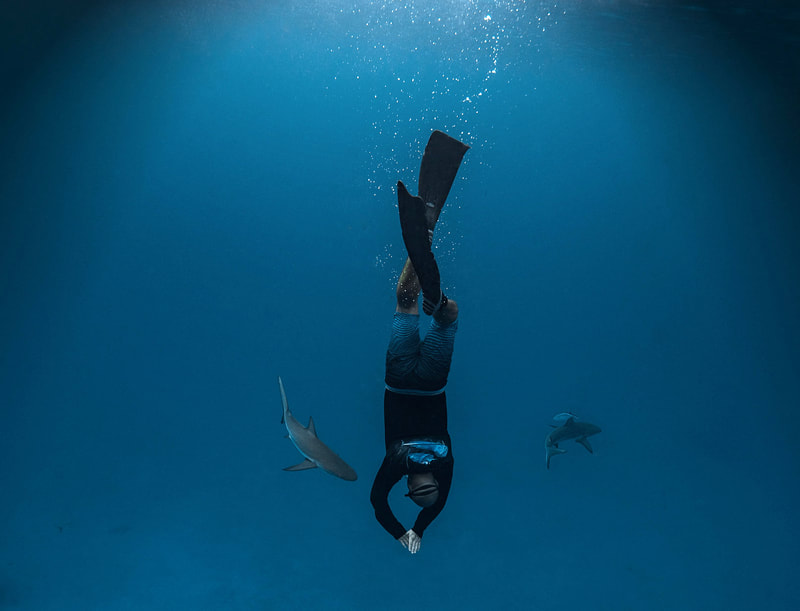 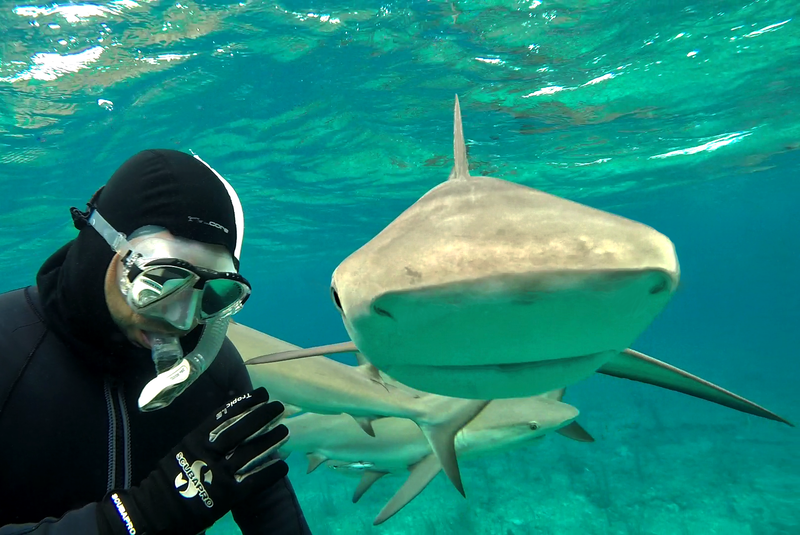 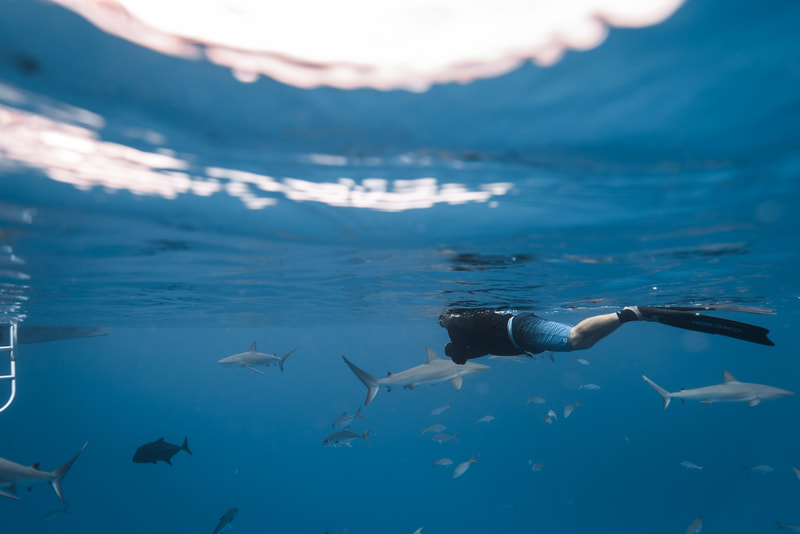 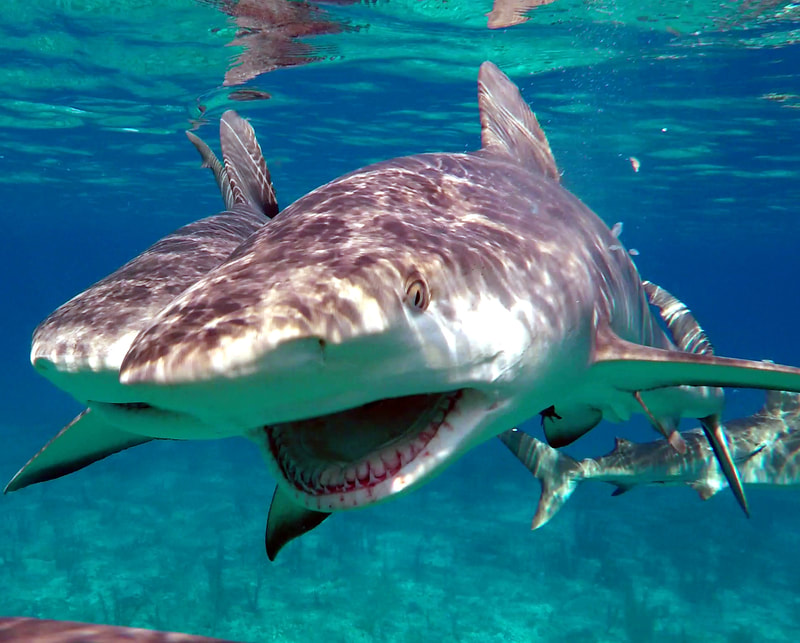 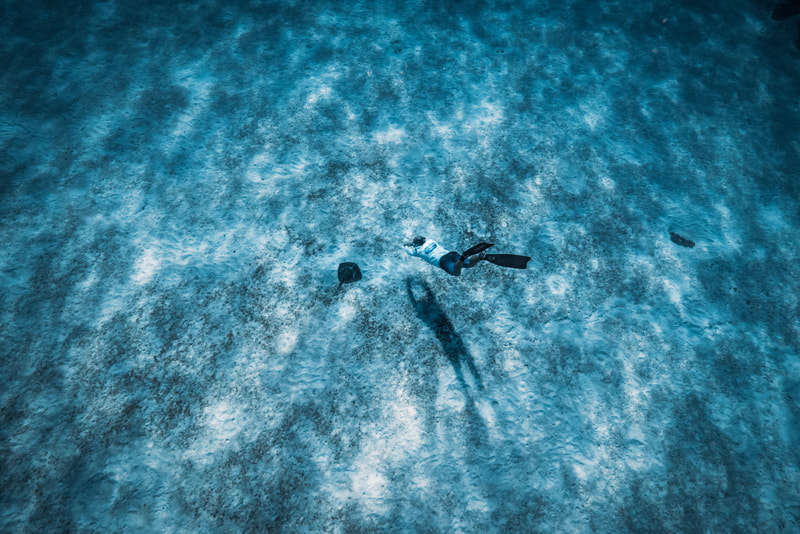 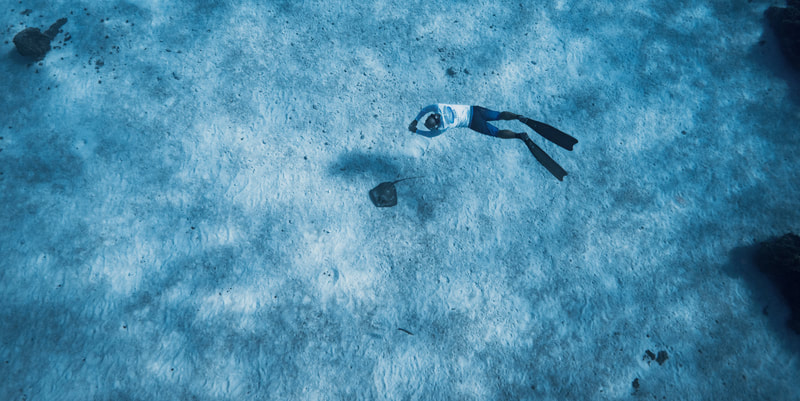 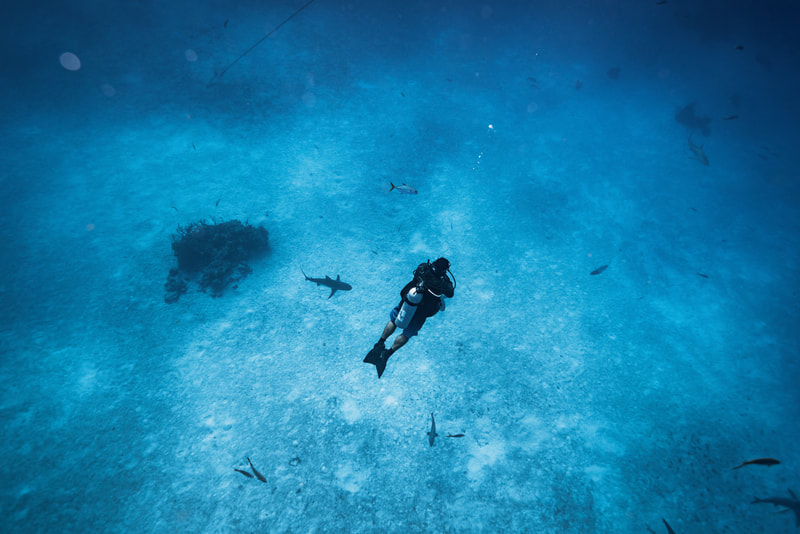 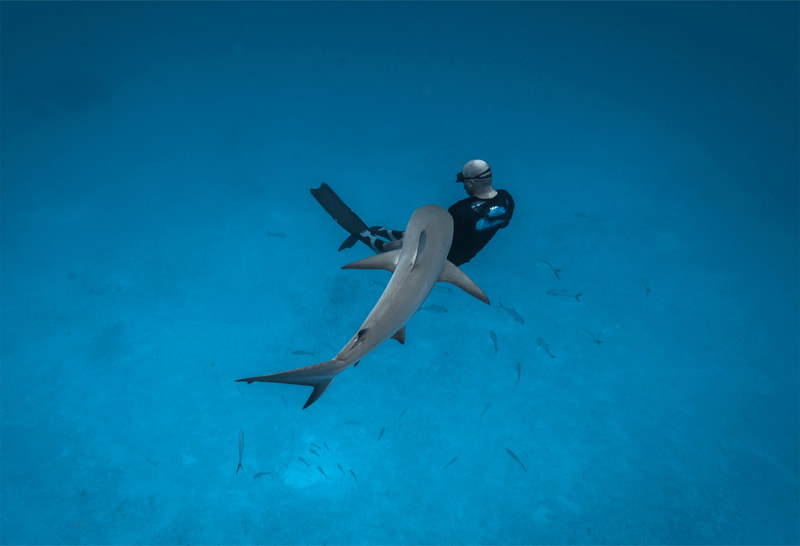 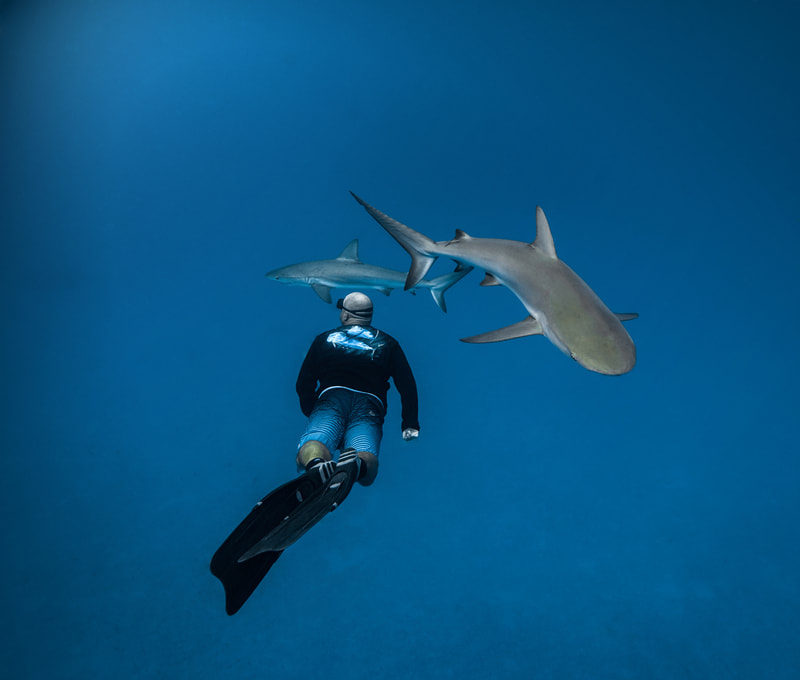 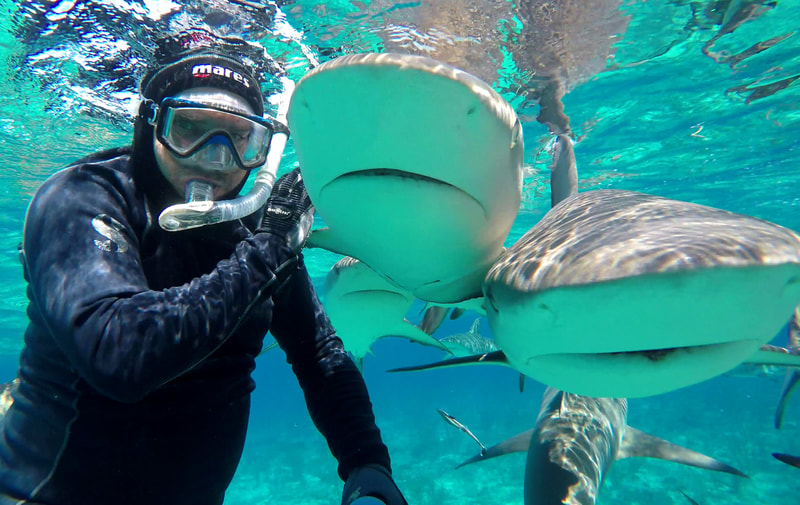 IT'S TIME TO COEXIST

The sea, once it casts its spell, holds one in its net of wonder forever.
Jacques-Yves Cousteau